The 2018 Hiscox Embezzlement Study: An insider's view of employee theft

Small business owners often think of their employees as family, and they trust them as such. That’s why it’s such a betrayal when an employee steals from the company – yet it happens far more frequently than you might think. And it goes much further than a staff member with their hand in the till.

The 2018 Hiscox Embezzlement Study™: An Insider’s View of Employee Theft shows how companies can  be victimized and how much it costs them. We surveyed chief financial officers, controllers, and accountants who have witnessed the consequences of embezzlement firsthand at the companies they worked for.

Download the report to learn about the impact of employee theft and how you can prevent, detect, and mitigate it at your own company.

The high cost of employee theft

When most people think of embezzlement, they think of Wall Street fraudsters or complicated schemes to beat casinos at their own game. The phrase ‘employee theft’ conjures images of retail employees stealing cash from the register or clothes off the rack. The reality is quite different from both of these scenarios.

The study found that the average case of employee theft was perpetrated by three people in the same organization, at least one of whom was at the manager level or above. Most cases went on for more than a year before they were discovered. The average loss was $357,650, and just 39% of that was ever recovered by the company, through settlements, restitution or insurance.

The economic repercussions of employee theft extended far beyond the stolen funds. Many companies had to lay off employees because of the theft, and many lost customers or vendors or had trouble attracting new ones. It was common for companies to increase their spending on auditing and security measures as the result of a theft. 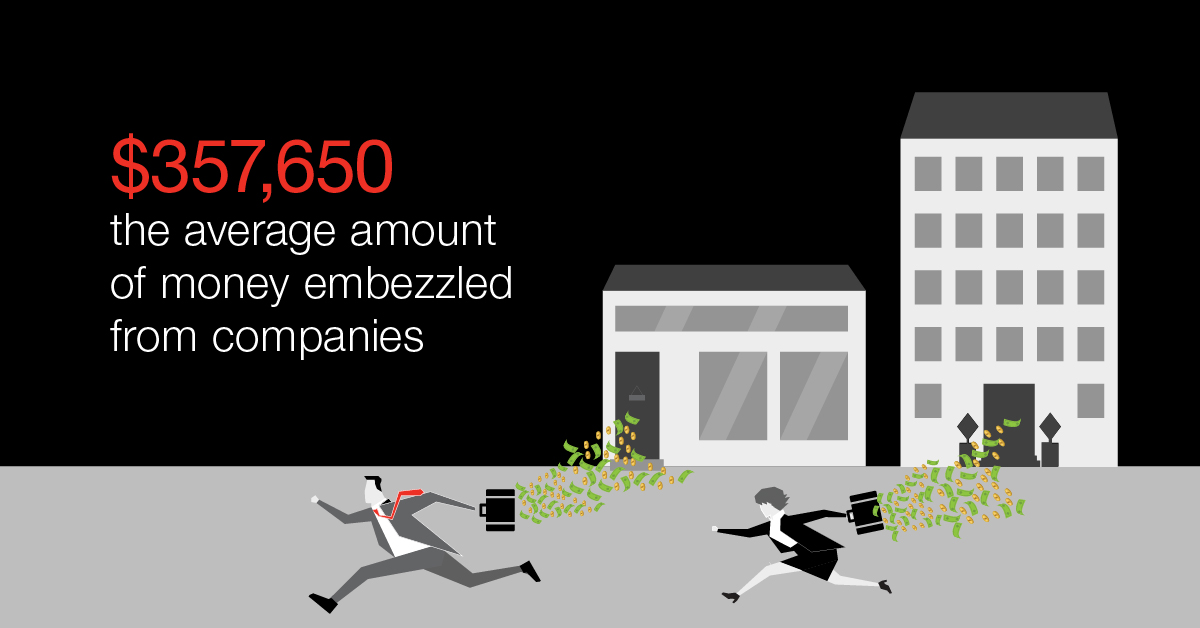 How to spot an embezzler

Embezzlers get away with their crimes by flying under the radar. But there are often warning signs, and recognizing them can help you nip fraud in the bud. Look out for:

As with any crime, a thief must have the means, motive, and opportunity to commit their crime. An employee with detailed knowledge of a company’s accounting practices, a desire to steal that may be fueled by desperation or entitlement, and access to the company’s cash or credit can concoct a scheme that goes undetected for years. 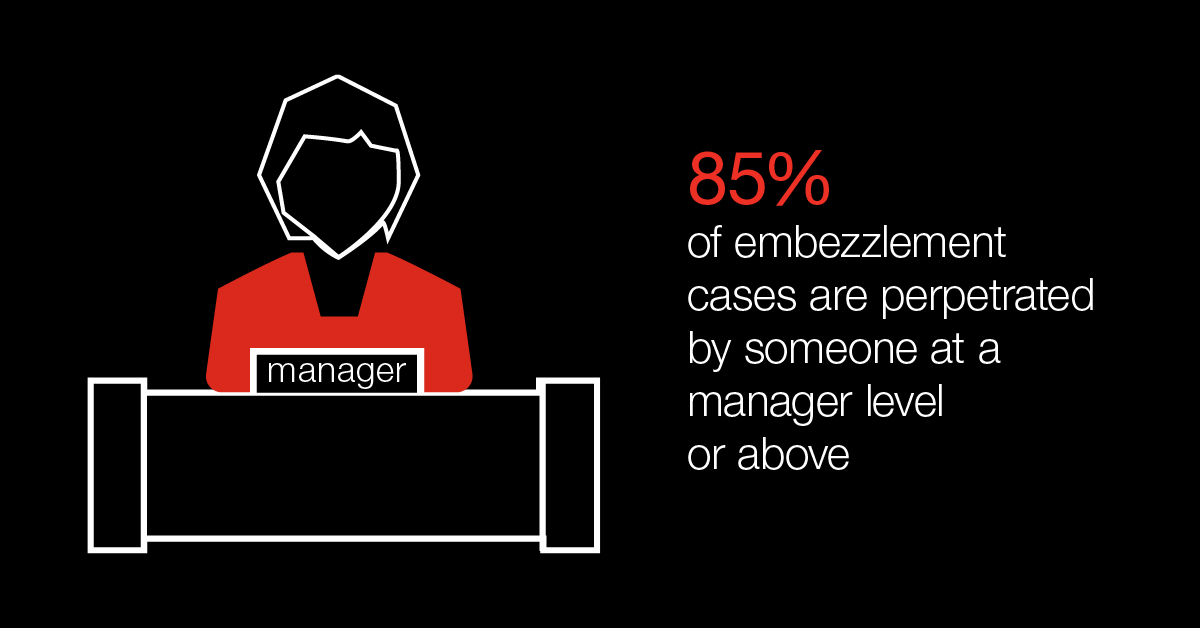 Three steps to protect your company

You can reduce your chances of becoming a victim of employee theft by following these three steps. 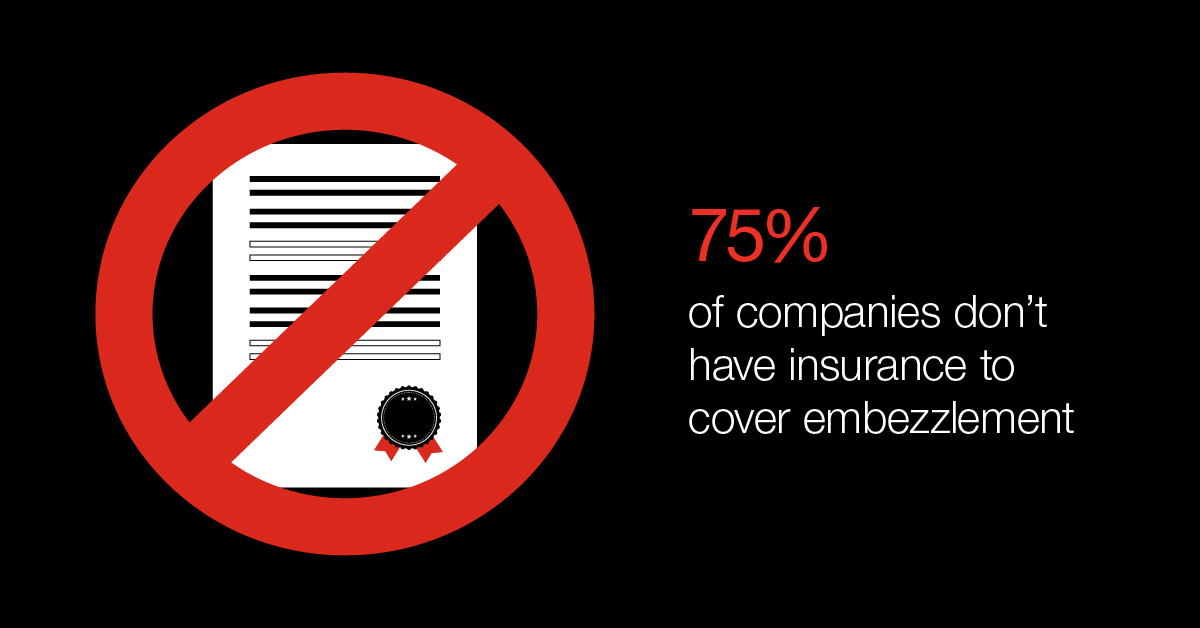 The more you know about employee theft, the better you will be able to protect your company. Download the complete 2018 Hiscox Embezzlement Study™: An Insider’s View of Employee Theft. 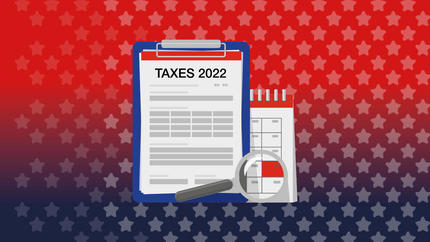 Filing taxes is one of the least exciting parts of business ownership, but it’s also one of the most important. Make sure you know when you need to file. 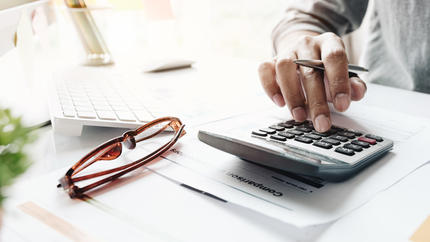 As you build your own business dream, here are seven questions that can prepare you to keep those books in good shape. 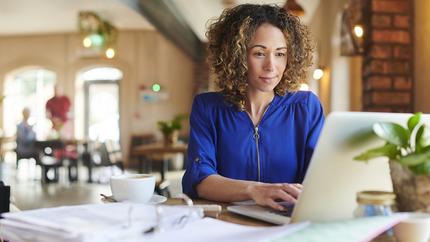 3 Ways to protect your business name

Your business name is the cornerstone of your brand. Promote it wisely, and each time it’s mentioned, your competitors will sink further into the background. Lose control of it, and you could be lost in the crowd.