First started in 1968, and legally-recognized as a national celebration since 1988, Hispanic Heritage Month celebrates Hispanic and Latino heritage from September 15 to October 15 each year.  The month recognizes the contributions that these cultures and individuals make to the United States, both culturally and economically.  And there’s no underestimating the economic contributions, especially when small business ownership is concerned.

There are 3.2 million Hispanic-owned businesses in the United States, which a new study from consultancy Geoscape estimates will generate $468 billion in revenue this year.  Other recent research shows that immigrants are 27% more likely to start a business than native-born Americans, and U.S. Census data reports that Hispanic entrepreneurs opened twice as many businesses as the national average in the 2000s.

To celebrate Hispanic Heritage Month and the tremendous positive impact Hispanic entrepreneurs are having on the American economy we’ll be spotlighting Hispanic business owners through October 15.

Below is a round up of Hispanic and Latino entrepreneurs who have left an impact in the small business and entrepreneur fields. Each of these individuals started life outside of the U.S. before bringing their passion and dedication stateside to build the business of their dreams – businesses that are the embodiment of the American Dream.  We hope you’ll check them out and use the comments to let us know what you think, or suggest another Hispanic entrepreneur to profile.

Marc Barros, CEO, Contour
$15.1 million in annual revenue Marc Barros’ father moved to Seattle from Brazil when he was 25 to start a new life.  Barros, who launched Contour, a company that manufactures video cameras, while he was still an undergraduate in college, says that his father’s story has largely influenced his own approach to business.  “His lessons in life have guided my own decisions, my way of approaching problems, and my openness to new cultures, languages, and ways of thinking,” he says.

Alex Charfen, CEO, Charfen Institute
$9.9 million in annual revenue Alex Charfen grew up in Mexico City and moved to the United States when he was five.  In 2008, after investing in Florida real estate for about a decade, the housing market crumbled and Charfen and his wife went bankrupt.  “It was one of the most formative experiences of my life,” he says. But Charfen would not give up. He relocated his family to Austin, and founded Charfen Institute, a firm that helps distressed homeowners find solutions to foreclosure issues.

Yolanda Schon, Franchise owner, Senior Helpers
$500,000 in annual revenue
The desire to keep her company at a manageable size is also important to Yolanda Schon, a Venezuelan immigrant who owns a Senior Helpers franchise in Miami. “I want to grow a little bit more, but I want to still keep control and have input on everybody we hire so I feel comfortable with that person,” says Schon, 56. She bought the business in 2008, using pension funds and a second mortgage on her home after she was laid off from a job in the building industry. Her close-knit family is supportive, but they also depend on her financially, which makes her “a little bit more fearful about taking more risk” in expanding the business, which employs 25.

Carmen Castillo, Founder & CEO, SDI International
$1.3 billion in annual revenue
Carmen Castillo is the American Dream incarnate. She is the embodiment of all the qualities that people in the world of business marvel about. When we say 40% of America’s largest businesses were started by an immigrant or the child of an immigrant, we’re talking about Carmen. Ms. Castillo is a Spanish immigrant who left her native home, the island of Mallorca, and made it to America in order to do just that: make it in America. 20 years later, thanks to an immeasurable degree of hard work and steely resolve, Ms. Castillo is now the first Hispanic woman to become the Founder and CEO of a $1.3 billion U.S. company. In addition to championing minority-owned businesses through her work at SDI International, Carmen also serves on a panel at the United Nations, engaging in real-world discussions regarding the challenges and opportunities that exist for business diversity across the globe. 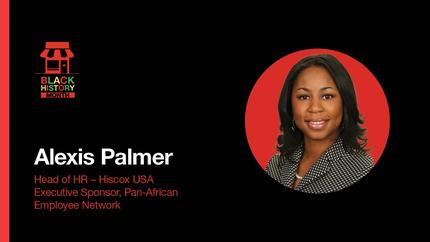 7 Lessons on diversity and inclusion from a Hiscox HR leader

In honor of Black History Month, here are 7 tips for employees and employers to improve diversity and inclusion in the workplace. Read More 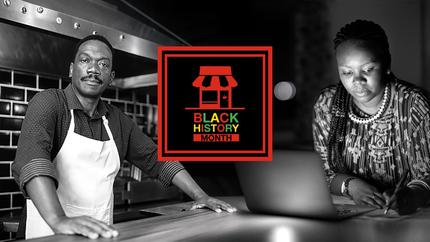 A history of Black-owned businesses in the US

In honor of Black History Month, we're celebrating the rich history of Black-owned businesses in the US and their contributions to the wealth of our economy.  Read More 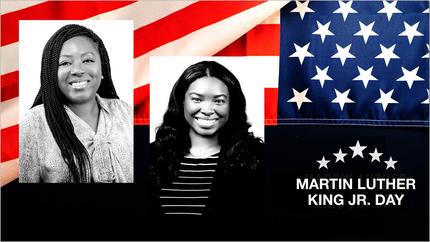 This year on Martin Luther King Day, we’re spotlighting the Hiscox Pan-African Employee Network (PAEN) and their important contributions to our company and the community.  Read More