A history of Black-owned businesses in the US

At Hiscox
By: Hiscox Blog

Funding and recognition for Black-owned businesses

The plight of minority businesses in the US is finally being recognized and addressed. The Biden administration is promising to put $30 billion into a Small Business Opportunity Fund for minority-owned businesses. Perhaps even more encouraging, in the wake of protests for social justice in 2020, companies like Citi and JPMorgan Chase pledged millions of dollars in funding to uplift Black and Hispanic-owned businesses. These actions are the first steps on a long road to equitable opportunity for all businesses.

Here is a brief history of Black-owned businesses in the US with a special nod to the impact African Americans have made on the insurance industry since the 17th century.

A Golden Age of Black-owned businesses

From about 1900 to 1930, there was a golden age of Black-owned businesses in the US. Because Jim Crow laws forced African-Americans to form more insulated communities separate from whites, it led to a boom in entrepreneurship. All across the country in urban areas where the majority of Black people lived, small businesses were popping up at record speed.

The emergence of an affluent Black community in the Greenwood District of Tulsa, Oklahoma at the turn of the 20th century was quickly nicknamed Black Wall Street, and it served as the perfect metaphor for the wave of entrepreneurial success by Black people intersecting with the blatant racism that was rampant in American culture and the judicial system at the time.

Today, Black Wall Street is remembered for the proliferation of Black businesses that dotted the streets of Tulsa’s Greenwood neighborhood, but also for the violent riots that led to its demise.

Because of laws prohibiting Blacks from patronizing white businesses, Black businesses, including clothing stores, salons, banks, and cafes, flourished in Greenwood due to a lack of competition. What ensued was a large migration of Blacks to the area from places like Mississippi and other southern states.

But in 1921, race riots broke out that destroyed the community and its businesses. When a white woman alleged that a Black man had attempted to rape her, white mobs protested outside of the courthouse to demand justice. This quickly turned to riots in Greenwood and the streets and buildings went up in flames. Three hundred people died and 800 were injured. The only people arrested that day for the violence were Black people. Local and national news outlets misrepresented the riots as an uprising of violent Blacks citizens.

From as early as the 17th century, African Americans have been involved in the insurance industry. Of particular note is The North Carolina Mutual Life Insurance Company, which was established in 1898. It grossed a quarter of a million dollars by 1910 and is now known as one of the oldest and most prominent Black-owned insurance companies in the US.

Although there has been a steady decline in Black-owned insurance companies, organizations like the National African-American Insurance Association (NAAIA) seek to turn that around by empowering Black professionals in the insurance industry.

Our very own Hiscox Pan-African Employee Network works extensively with Dr. Leroy Nunery II, entrepreneur and author, to speak to our organization about the history of Black people in the insurance industry and how we can work to continue that legacy.

A timeline of African American entrepreneurship

As we celebrate Black History Month in February – and all year long – we recognize the contributions that have been made to the American economy by the Black community. At the same time, we realize we have far to go as we work toward an economy that is equitable for all Americans. Check out this timeline of African American entrepreneurship that honors their long history as small business owners. 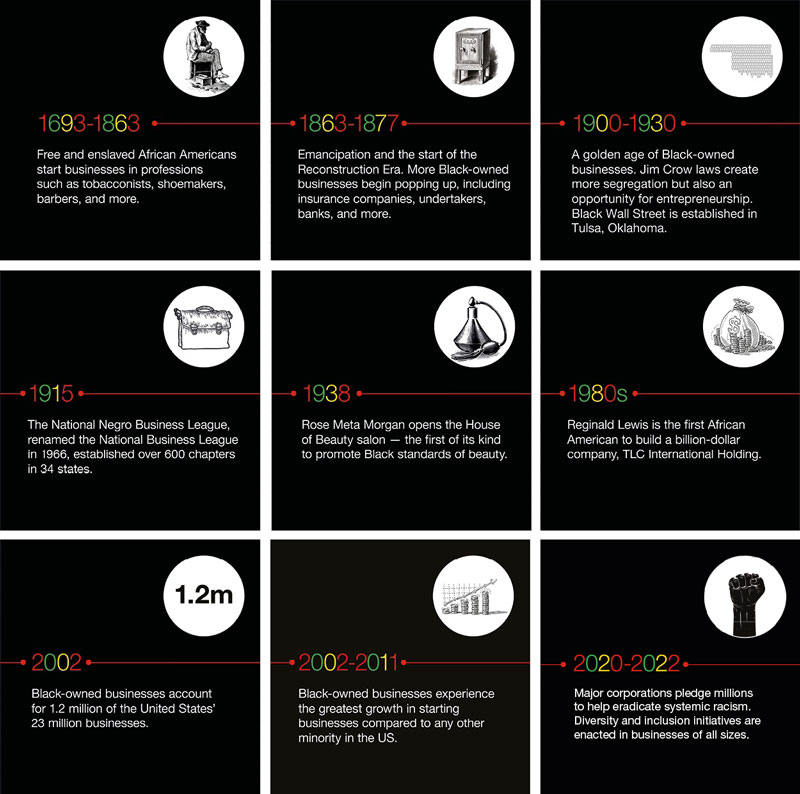 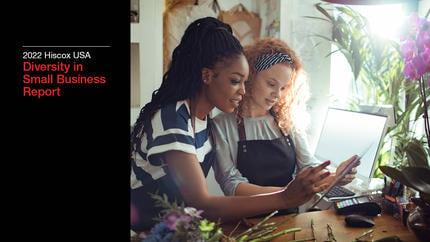