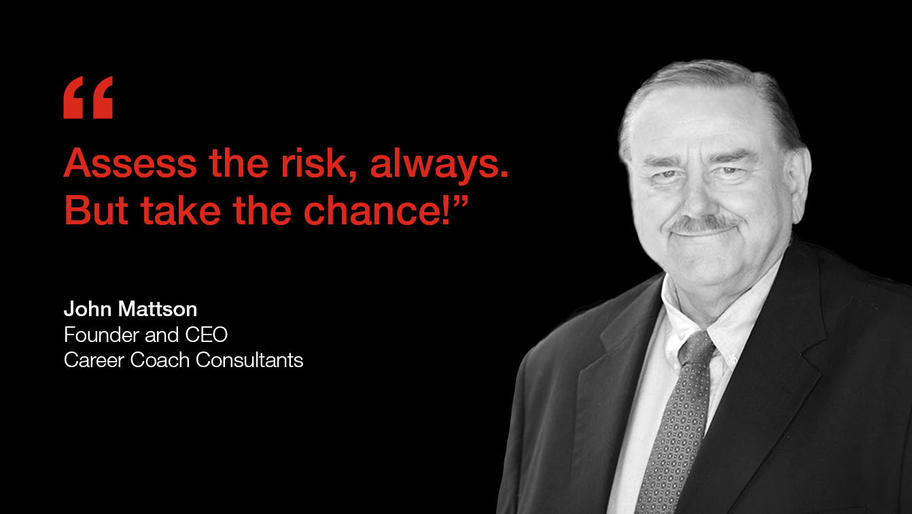 Some entrepreneurs can’t wait to get out of the corporate world and follow their dream of being their own boss. For others, that dream comes as a little bit more of a surprise.

After 40 years as a career counsellor at colleges, John Mattson was approaching retirement, but he wasn’t too happy about it.

“I really sort of started panicking. I said, ‘Gosh, I’m going to be retiring in a year.’ And I really love the work that I do,” said Mattson. “I’ve been doing career counselling for 40 years. I’ve worked at the San Francisco campus of the Wharton School, at Boston University, at Tufts University’s Fletcher School, and finally at University of California.”

“I said, ‘I like doing this work so much that I really want to be able to do this when I’m retired.’ I figured, I’m 67, I don’t really want to retire. So I’m going to call this period of my life my ‘un-retirement’ and see how that goes. I really believe in doing something you enjoy so much that you would almost pay someone else to let you do it. I don’t think I’ve worked a day in my life, really, because I’ve enjoyed my career so much. I figured un-retirement is better than retirement, so I started Career Coach Consultants.”

“I started the company the day after I retired. I was the director of the career center at the business school at the University of California Riverside, and had been there for seven years,” said John. “I was in charge of supervising three interns. So I said, ‘Well, this is a good opportunity for me to take advantage of the internship program as an employer.’ I had three interns, who worked primarily on developing the business, including the accounting systems and the website. They were very, very good at getting information together, doing research and making decisions. In fact, that’s how I decided to go with Hiscox for my professional liability insurance – I had them do the research and that’s what they came up with.”

“I am the CEO of the company but I also have six partners who are senior consultants on the team, said John. “They range from people who are from backgrounds in supply chain management, organizational development and human resources, to finance and consulting. They all are in full-time jobs, so they are part-time contract workers with me.”

“Our work is entirely done online, through Zoom calls,” John said. “One reason was because of Covid, but I also think from the perspective of being able to reach out to more people, it helps that people don’t have to come physically to an office space. So that was a very conscious decision not to get an office space where I would be seeing people. I do have an office space, but I go there to work, not to see individual clients.”

“We started July 1, 2020, and it took us all of about two months to get the website up and running. So we were basically live in September, and it was a very slow start. It was discouraging in some ways but I said, ‘We will build it and they will come.’ I think it was very important to realize we were in the middle of a pandemic. But it has continued to pick up.”

The entrepreneurial dream is a family affair

While John didn’t necessarily picture himself as a business owner during his ‘first’ career, the idea wasn’t exactly foreign to him.

“I come from a fairly entrepreneurial family,” he said. “My uncle owned automobile dealerships. My brother was a NASCAR consultant and Crew Chief of the Year with NASCAR. My father, after he retired, opened a used bookstore that he ran for 40 years. I think we’ve all had this, maybe not in our DNA, but in our culture. So I knew that was a possibility.”

Being the boss has its perks

John likes having the flexibility to work as much – or as little – as he wants. And he understands that he needs people who have different skill sets from his own. His network, developed over a lengthy career, is a big advantage in his business.

“The good news about having a business like this is that you can work as hard or a frequently as you want, because you turn up the volume,” John said. “And the senior consultants that I have on board have expertise in industries I don’t have. I’m the go-to person for the career coaching, counselling, resume writing and so forth. But if somebody says, ‘How do I get a job in supply chain management?’ or, ‘How do I get a job in marketing?’ I have other people on the staff who can address those issues.”

“It’s interesting about the contacts in your network,” said John. “A lot of recruiters I deal with tend to come and go. They’re usually line managers who step into recruiting for two years and then they’re back into their regular line position. So it’s always reinventing the wheel and introducing yourself to new people. So I have every single business card of every person I’ve ever met in my life. And I think I’m up to 1,200 contacts on LinkedIn. It’s valuable because you can call people up and say, ‘I’ve got this client I’m working with. Would you be able to give me some advice as to exactly what they need to do and who they need to contact at a certain company? It’s very useful.”

Advice to others who have a business dream

John recommends that entrepreneurs try out their new proposed line of work before jumping in with both feet. Working in the industry you’re considering is a good way to test the waters. And don’t expect success overnight.

“I think you really have to understand what you’re getting involved in,” said John. “For many years, I have told people who want to start a business, ‘It would be very useful if you started that business on somebody else’s dime for six months to a year, and see how you like it. I think that it’s really important to try to learn from others who are doing the same work that you want to do, and then to segue off into your own business.”

“The other thing is to have patience. It’s not an overnight success. I’ve heard that it takes two to three years for a small business to start being successful, and I think it probably is a little bit longer for an online company.”

Protect yourself and your company

John cautions new entrepreneurs not to cut corners when it comes to setting your business up correctly – and that include protecting it with business insurance.

“Having Hiscox insurance has helped me tremendously to be able to sleep at night,” John said. “When  you take on any kind of business, you have liability issues, whether that’s cyber security, or professional liability, where someone’s not happy with what you provided and they decide to sue the company.

“I think it’s very, very important to have the proper insurance,” John said, “as well as all the proper things you need to do in order to get a company established, like registering with the Secretary of State, turning it into an LLC – all those kinds of nitty-gritty issues that come up.

“I’ve always been a risk-taker,” John concluded, “but I’ve always assessed the risk. And I think that’s important for small business owners.” 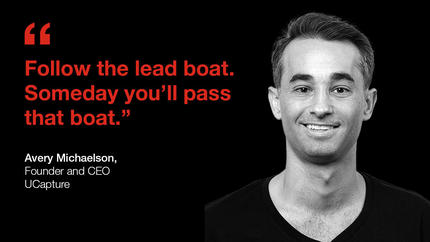 Avery Michaelson started UCapture to provide an economic incentive for businesses to support carbon offsets. Learn how he’s helping to move the needle on climate change. 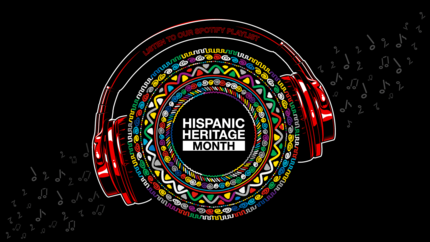 As Hispanic Heritage Month comes to a close, check out the Spotify playlist of Latin music, created by the Hiscox Latino Employee Network (HLEN). 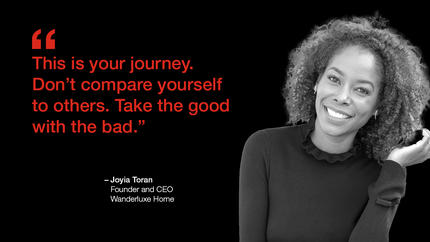 Joyia Toran always had that entrepreneurial spirit – she just needed to find the right business. On a trip to Mexico, she found it – selling unique, handmade crafts produced by local artisans. This is the story of how she started Wanderluxe Home.