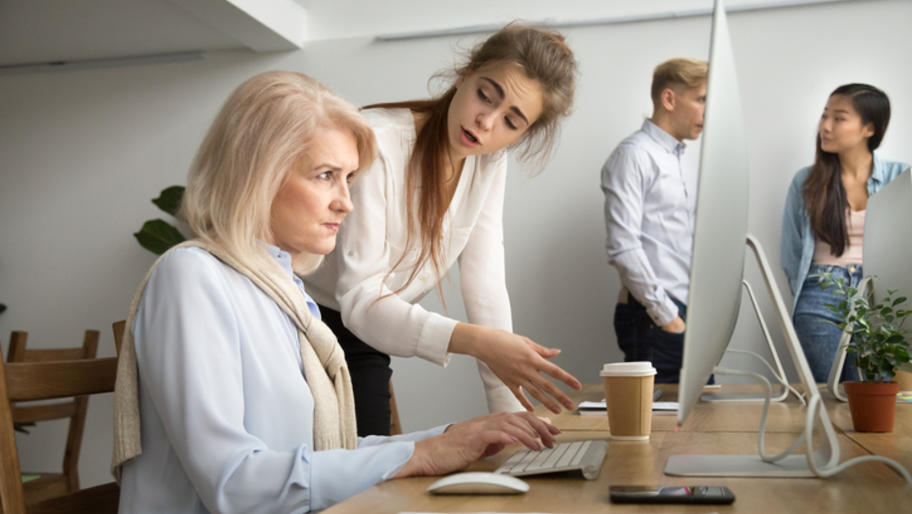 Three reasons why ageism is underreported in the workplace

Experienced workers bring a lot to the table – they’ve been there and done that, and their wisdom can be a valuable business asset. Yet many feel they’ve been passed over in favor of their younger colleagues just because of their age. There are laws in place to protect older workers from age discrimination, however, this fact alone does not always motivate victims nor witnesses to report instances of ageism in the workplace.

To uncover how ageism plays a role in the workforce – how it impacts employees and employers alike – Hiscox interviewed 400 U.S. full-time workers over the age of 40 about their experiences with ageism. Their answers were published the 2019 Hiscox Ageism in the Workplace Study™.

According to the Equal Employment Opportunity Commission, 18,376 cases of ageism were reported in 2017. However, the actual number of cases is likely much higher given how few people stated they would report instances of age discrimination. So, how many people report age discrimination when they experience it or witness it happening? Find out below, plus how you can prevent ageism in your company.

Victims of age discrimination are more likely to remain silent than file a complaint. Of the people we interviewed, only 40% of those who experienced ageism filed a charge or complaint with someone at work or to a government agency.

But, for those individuals who did say something, 75% of them filed a complaint with their employer, and 48% filed it with a local or government agency.

2. Most people are too afraid or don't know how to report it

There are underlying reasons that keep individuals quiet when they’ve been wrongly discriminated against based on their age. 54% of people who experienced ageism said they didn’t report it for fear of creating a hostile work environment.

And, many people said they simply don’t know how to go about reporting an ageism incident. In fact, 24% of those who experienced ageism did not file a complaint because they didn’t know how.

37% of the people we interviewed reported that they have witnessed age discrimination. However, only 51% of witnesses went on to report it.

Why? Witnesses have similar fears to victims: They don’t want to rock the boat and create an uncomfortable work environment. In fact, 62% of witnesses told us they actually feared retaliation from their employers if they reported instances of ageism in the workplace.

How does ageism impact businesses?

Ageism can lead to lawsuits, demotivated employees, and lost opportunity costs associated with devaluing older workers.  In fact, $810.4 million was paid by employers to settle age discrimination charges filed with the EEOC between 2010 and 2018.

Pro Tips: Here are some ways to combat age discrimination in your company: