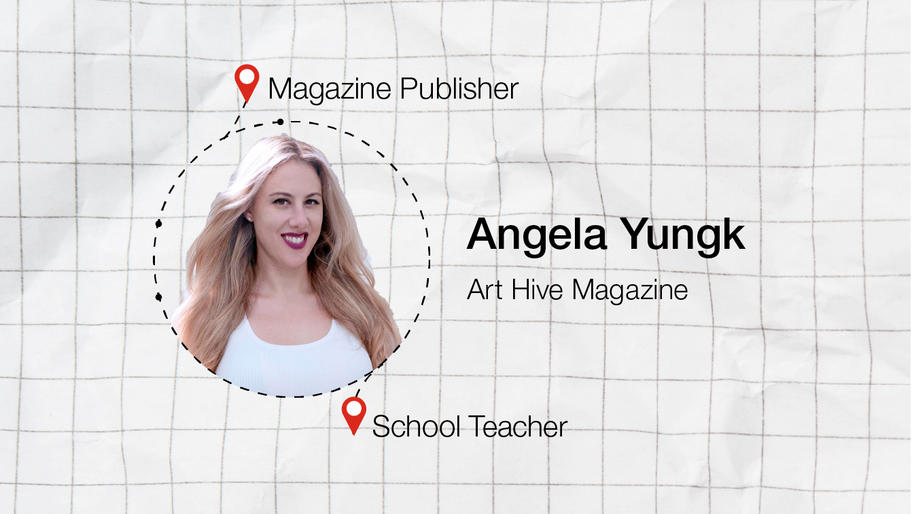 When business partners Angela Yunk and Jessie Prugh founded Art Hive magazine seven years ago, they never thought they’d be interviewing the likes of Phil Collins and Jewel. What started out as a side hustle while they were both school teachers soon turned into a small business in the heart of West Palm Beach, FL, with some pretty famous interview subjects.

Did you know? 72% of entrepreneurs started their business with a someone else.

“The moment I think we realized that this was going to be our opportunity to go from something on the side to a real small business is when we had the opportunity to interview Phil Collins, and he was our first real celebrity on our front cover,” Angela revealed.

Phil Collins may have been their first celebrity, but he certainly wasn’t the last. Angela and Jessie personally interview all of the celebrities that make the cover, with their most recent interview subject being Nafessa Williams, star of the TV show “Black Lighting.”

Watch our exclusive interview with Angela and Jessie as they describe what it took to turn a side hustle into a small business.

Small business with a creative conscience

At the core of Art Hive is community and empowering local artists. “I feel like what we are able to provide to the community through our publication is content that inspires creatives and entrepreneurs,” said Angela.  “We create content that is for the artist just starting out or someone that is a professional.”

Art Hive furthers this effort to give back to the community by partnering with cultural institutions and nonprofits to feature local artists and exhibits.

Transitioning a side hustle into a small business

As Angela describes it, creating the publication from nothing was a challenge, “There are people who have been in publishing for fifty years. So for us we really had to prove our worth and prove that we were not just a flyby-night business that was just going to run away. And that takes a lot of grit on our end to produce an editorial that is worthy.”

What propelled them to move forward even in times of uncertainty, was a constant willingness to grow. “It’s survival of the fittest, so if you’re not willing to evolve, you’re not going to be able to withstand the next coming years,” Angela said.

For Angela and Jessie, the challenge is what keeps them on their toes and has aided them in making their business successful. One of the biggest motivating factors was the support from their local community, “We were getting a lot of momentum from our community,” Angela explained. “And that really made us realize this is the time to kind of jump to the next level with our business.”

Advice to other entrepreneurs

As Angela puts it, “You can't force growth of a small business.” Nor should you. According to the 2019 Hiscox Side Hustle to Small Business™ Study, entrepreneurs spend an average of 19 months putting in extra hours and operating a side hustle before being able to quit their full-time job. Leaving a steady job to turn a side hustle into a small business shouldn’t be a rushed decision. Put in the time with your side hustle and get it to a place where you feel comfortable relying on it as your primary source of income.

Angela put it best when she said, “The way I approach risk when making business decisions is I want it to always be a calculated risk.”

We couldn’t agree more. To learn more about Angela, Jessie, and Art Hive, listen to their podcast episode on the Hiscox Side Hustle to Small Business™ podcast