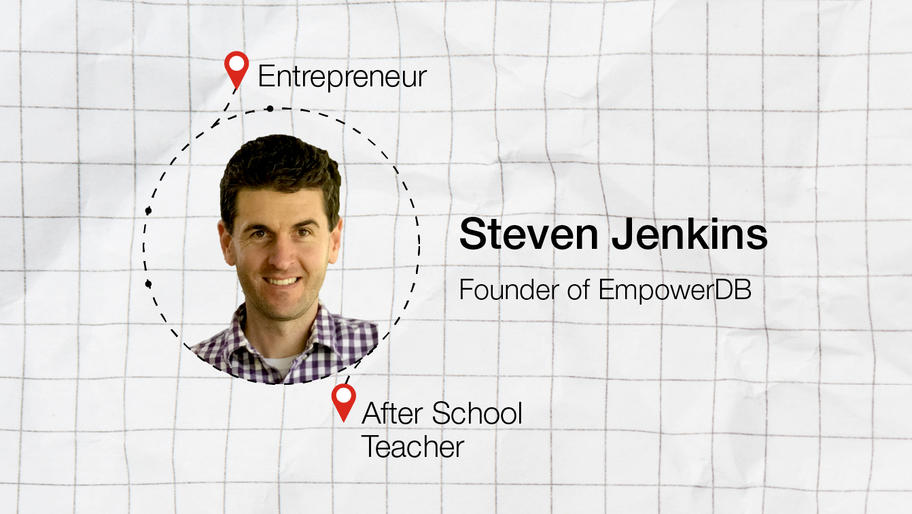 Steven Jenkins decided it was time to take a step back from his full-time job to give back to his community. He decided he wanted to help survivors of domestic violence since he had known someone in the past who had experienced this. He never thought his volunteer job as an after school teacher at a domestic violence shelter would turn from a side hustle into a small business.

Entrepreneur turns first side hustle into a small business

Did you know? 75% of current businesses came from an entrepreneur’s very first side hustle? Steven’s story may seem unique, but he’s actually in the majority when it comes to turning a side hustle into a small business.

“I had done of few things related to technology and multimedia for about five years,” said Steven. “It was entertaining enough, but I had gotten to the point in my career where I wanted to take some time out to volunteer. I had known someone a few years back who had experienced domestic violence and that stuck with me a lot, so I had always wanted to volunteer for a domestic violence shelter.”

When Steven started working in the shelter’s after-school program, helping kids with homework, he noticed something about the organization itself.

“Most shelters like these need to cobble together their funding from all kinds of different sources. And they all need data, and they all need it like the same but a little bit different. You  can’t just use any old database for tracking this kind of data,” Steven explained. “There are some major security risks when storing data on survivors of domestic violence. These are life or death kind of situations that are happening.”

The executive director of the shelter called a meeting to discuss the data collection problem. At the meeting, Steven presented his idea for a secure database that would collect the data the shelter needed while keeping the clients’ sensitive information protected.

He refined the system based on real time feedback he got from shelter employees and survivors. Soon, other organizations began to take notice. Eventually, Steven picked up other clients for his database design company and EmpowerDB was born.

Tips for other entrepreneurs

Steven has some advice for other entrepreneurs who are thinking of turning their side hustle into a small business.

“I think one of my biggest lessons is that I didn’t spend enough time in the early days setting things up so that not so much of the business relied only on me,” he confided. “As you’re trying to expand, you’re going to need other people. It takes a lot of time – more time than I think I realized – to restructure what you’re doing so that other people can take roles from you.”

Hear Steven’s story on our podcast. If you have a side hustle you hope to turn into a small business, download the study, subscribe to the podcast, and get behind-the-scenes looks at entrepreneurs who’ve done it.